Was Lord Chancellor Derry Irvine's
firing by Blair due to revelations in
Escape from Paradise? 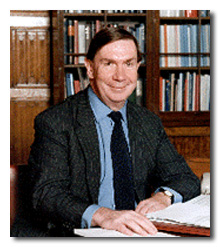 Photograph of the Lord Chancellor of Great Britain, Alexander Irvine, from Number 10 web site.
“Crown copyright is reproduced with the permission of the Controller of Her Majesty’s Stationery Office.”

Lord Alexander Irvine of Lairg, the Queen’s Counsel, who was hired by Hin Chew, later became Lord Chancellor of Great Britain and a member of the British Cabinet.

I may never know how the Chungs, an unknown and shady family from the boondocks of Mumong, ever got to Alexander Irvine.

His Lordship, the Wonderful Dancer

It was not all work when Alexander Irvine made his trips to Singapore. One evening, Irvine went clubbing with the Chungs.

Alexander was a wonderful dancer. He was a huge man, very tall, but he could do it all. He swept me across the dance floor, he rocked and rolled, he did the twist; he even loosened his tie. I could see Hin Chew fuming, and Goh Boon Kok staring in wonder. Fume on! I was having a great time. Here I was, the wannabe law student, dancing with England’s number one Queen’s Counsel. Incongruously, the song came to mind, “I Danced with a Man who Danced with the Girl who Danced with the Prince of Wales.”

Irvine’s bill came to $2 million, the $3 million Brunei Dollars, the equivalent of US$1.4 million, was deposited into the Chungs’ Overseas Chinese Banking Corporation bank account, number
1-1612 . . . safe in Hong Kong.

In the words of Hin Chew, “Fucking Irvine took two million of that for himself, and we got only three million—some fucking Queen's Counsel!”

Derry & Dickey --The Dark Side?

A reader from England wrote the authors, stating, "Nobody who has ever met Derry Irvine would call him 'Alexander.' I assume the rest of the book is of the same high quality."

Co-author John Harding answered, "I can understand why Irvine and Field wanted to distance themselves from the Chungs, rather than becoming 'Derry' and 'Dickey.' The Chungs were not too savory; May Chu's ex-husband had just been released from a year of detention in Brunei; his father was on the run; and (although not in the book) it would appear that the Chungs were sent to Irvine after their Hong Kong meeting with ex-CIA agent Dan Arnold (currently a Washington lobbyist for Burma).

Field also represented the CIA-run Nugan Hand Bank, also not in the book.

You appear to be privileged to know Irvine as "Derry." However, I am sure that the Chungs, and others he represented, were not fortunate enough to be on such familiar terms with him.

Should you get the chance, please tell Derry that May Chu says, "Hi" and that our book's ranking on Amazon UK is rising daily, thanks to Derry, Dickie and the CIA.

Are Derry and Dickie CIA agents, or only CIA operatives?

Tony Blair and his wife Cherie both studied under Derry. He was their pupilmaster as they say in quaint and colourful English. We mentioned in the book, the connection between Dan Arnold and George Bush, Sr.

We did not include it in the book, but there is also a CIA connection from the Chungs' pal Dan Arnold to Richard Arimitage (US Deputy Secretary of State), to Colin Powell and on up.

Just a thought, but if Derry and Dickie are "affiliated" with the CIA, what about the Blairs? Are they on the CIA payroll? Can this be the reason for Blair's being Bush's poodle?

In June 2003, Tony Blair swept away 1,400 years of constitutional history in a Cabinet reshuffle which paved the way for the abolition of the office of Lord Chancellor and the creation of a supreme court. This forced Lord Irvine to resign as Lord Chancellor.

Was Derry Irvine's firing really all about the creation of a supreme court, or was it due to the revelations in our book, Escape from Paradise?

On March 1, 2010, an excellent blog, Nona People mentioned Robert Harris's new book, The Ghost Writer, the UK prime minister is a CIA agent, groomed for the leadership of the Labour Party.

Nona People, connected the dots and mentioned the possibility that Derry Irvine, and even Tony Blair were (or are) CIA agents. In so doing, Nona People mentioned Escape from Paradise, for which we send our thanks.

Although we did not come outright and say it in Escape from Paradise, Derry Irvine was most likely linked to the CIA. After Chung Hin Chew was released from incarceration in Brunei, he went straight to Hong Kong to meet up with Daniel C. Arnold a CIA agent and former CIA Chief of Station for Thailand.