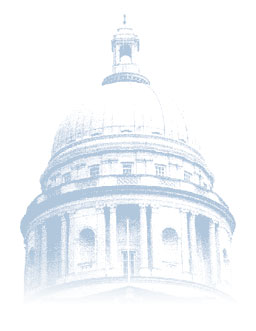 Fomer Singapore Cabinet Minister Yeo Cheow Tong (who was fired from the job)
with wife, and book burner, Helen Yeo

Although in the midst of divorce and impending bankruptcy, Jackie Lee set out to sell his multi-million dollar 67 & 69 Holland Road houses to Goldplus (incorporated by Helen Yeo's firm, by her own admission) keep the assets from his wife, Mabel Lee. Her lawyer, J. S. Yeh, strangely, did nothing to stop the sale. Jackie Lee who sold his house on 69 Holland Road to Goldplus disappeared mysterously, only to return seven years later. Not even the Singapore Police could find him. Turns out, he was in Malaysia.

In July of 2002, apparently upset at her firm’s involvement in the chapter entitled, The Scam of 69 Holland Road, Helen made an attack on Kinokuniya Books in Singapore to get them to stop selling our book by threatening a lawsuit. Of course Kinokuniya complied, after all, Helen's husband was then a Cabinet Minister (and has since been fired).

Helen's threats caused other Singapore bookstores have stopped selling our book. Escape from Paradise was doing so well in Singapore's National Library with 25 copies which had to be reserved in advance. Now our book has been "withdrawn from circulation as it did not meet all the Library's criteria." Aside from defaming and damaging us, Helen Yeo has compromised her reputation as a lawyer and officer of the court, and destroyed her husband's career. She is a disgrace to Singapore, and we are exposing her.

To date, she has lost her law firm, HelenYeo & Partners through a "merger" with Rodyk & Davidson, and subsequently lost her joint venture partnership with Orrick, Herrington & Sutcliffe. Later, under fire from website www.yeocheowtong.com, her husband, Cabinet Minister Yeo Cheow Tong, was forced to resign.

The book's only reference to Helen Yeo is given below:

My father went to the law firm of Helen Yeo & Partners to see what he could do. Helen Yeo was well connected. She was married to squeaky-clean Yeo Cheow Tong, then Singapore’s Minister for Trade and Industry, and now Minister of Communications and Information Technology.

My father made the right choice in Helen Yeo.

A shell game was set up to transfer the properties out of my father’s hands and away from my mother as quickly as possible.

Goldplus was what Singapore calls a “two-dollar corporation,” meaning that it was set up with two shares of stock, costing one dollar each. Alvin and Janet owned one share each, two dollars in total.

Pretty good! They acquired the 67 and 69 Holland Road houses for two bucks.

Why Yeh never blocked my father’s sale of the Holland Road properties, I do not know.

I added Yeh to my Hall of Fame of Singapore Lawyers, which also included Dennis Singham, Ann Tan, and Helen Yeo.

Did I overlook the junior lawyers Koh Tien Hua, Janet Tan, and Alvin Chia? No, they were in my Hall of Stooges.

Singapore’s divorce and family law has been given the title of “Woman’s Charter,” which rings of compassion, but is, in reality, a cruel hoax.

At home, I looked at the “Women’s Charter.” By its title, it sounded very good, as do most things in Singapore, but the very first line of the “Women’s Charter” reads: “brothel” means any place occupied or used by any 2 or more women or girls whether at the same time or at different times for the purpose of prostitution.”

That incredible and insulting one-liner, kicking off the Singapore Women’s Charter with the word “brothel,” was telling. It was my introduction to Singapore’s strong legal bias against women.

Aspiring dowager matron Ann Tan considers herself to be an activist for women's rights, and is an avid joiner of women's organizations. Consequently, she became May Chu's chosen divorce lawyer.

Instead of proceeding to file for divorce, Ann Tan took the side of May Chu's husband, insisting that May Chu sign his Income Tax Return and the audited statements of his company, Zhongli, or “be prosecuted.”

I explained patiently to Catherine that Hin Chew regularly brought large amounts of cash into Singapore, which were undeclared and, perhaps, taxable. I pointed out to her that his lifestyle was completely out of line with the S$96,000 that he declared on the Singapore tax return. How could I possibly sign?

“Well, then can you sign the Zhongli audited statement?” Catherine asked.

I answered, “Is a company director, in Singapore, legally bound to sign an audited statement while being denied access to all company records, and even to the office. Absolutely not! Catherine, I have studied enough company law to know better.”

Her letter advised, “If you do not sign the accounts as one of the directors, you would be prosecuted under the Companies Act of the Registrar of Companies. We would therefore urge you to reconsider your decision.”

Ann Tan’s words, “you would be prosecuted,” were as inappropriate to me, her client, as they were incorrect legally.

Dennis Singham had disappeared from the May Chu's divorce case, leaving her in the hands of Tien Hua, a junior, and years away from establishing a reputation that might carry weight with a Singapore judge. Notwithstanding Tien Hua's timid performance, the bill for his services came to a whopping S$125,471.52 (US$88,700).

I moved a step closer to Tien Hua, “And why in the fuck did Dennis Singham disappear from the scene? Is this case too hot for Dennis to handle?”

I didn’t know then, but that very day, Dennis was off in the Kuala Lumpur Shangri-La Hotel screwing, literally fucking, another one of his clients, a lady named Angela—she too was using Dennis for her divorce.

Eventually, Dennis Singham was brought to trial and suspended from practice, not for abandoning May Chu, but for screwing the “lady named Angela.”

At the last minute, May Chu was informed that the hearing for her financial settlement would be presided over by Choo Han Teck, who was not even a Justice, but only a Judicial Commissioner, a lawyer who serves as a judge on a contract basis. Choo Han Teck was known to be an inexperienced political appointee who spoke with such difficulty that he appeared to have a speech impediment. His one claim to fame was the then recent sentence of six months jail time for the crime of oral sex—lenient by Singapore standards.

In ruling on May Chu's divorce, the inexperienced (or dishonest?) Choo failed to enforce any of the court orders requiring May Chu's ex-husband to reveal his financial assets.

The Straits Times had interviewed no less than six learned Singapore lawyers, all experts on the subject of oral sex—at least from a legal point of view—who concurred that this particular offender had been extremely lucky to have received so lenient a sentence from Choo Han Teck.

According to Section 377 of the Singapore Penal Code, oral sex can “be punished with imprisonment for life,” plus a fine.

Who says Singapore Judges are strict? Why, if he wanted to, Choo Han Teck could have put the blowee away for life, and fined him, to boot.

That such a crime could be discussed seriously on the pages of The Straits Times, says a lot about the quality of the Singapore judicial system.